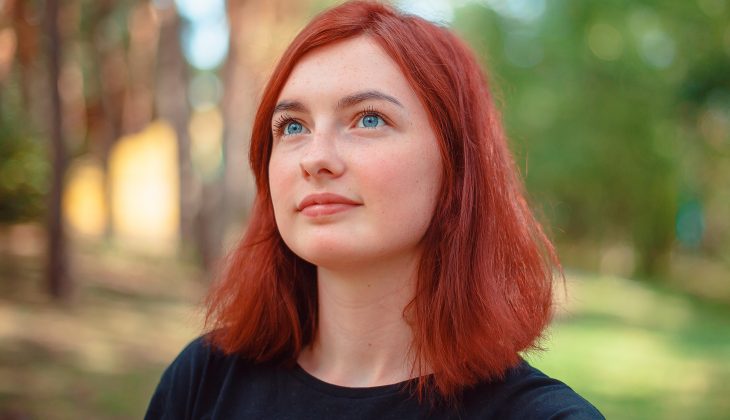 Nastya was taken to a children’s shelter when she was 11. The process of her mother’s deprivation of parental rights had lasted three years; she had never managed to restore them. Nastya and her sister had got separated right on. Growing up in different institutions, they had lost track of each other.

Nastya is an amazing girl, level-headed and grounded, with a remarkable worldview and way of thinking. When talking about her past and her future, she usually uses a dash of irony, but she sounds firm and confident.

‘When in the children’s home, the hardest thing for me was to be under scrutiny all the time, with not a moment of privacy, ever. It had been a real ordeal for an introverted person like me. I knew I was not going to be returned to my family, but I didn’t feel like being adopted either because at that time I was in the 7th grade, a grown-up girl.

In the orphanage where Nastya resides there’s a President’s post, the President is a special children’s representative and the orphanage director’s deputy. Nastya had held this post for quite a long time, being a vital link between the children and administration and always credited by both for the events she’d come up with, for her honesty and fairness.

Nastya has always done well in nearly all school subjects, a rare exception for a student from an orphanage. ‘ We were in the 5th grade, and teachers wanted to encourage us, for 3 A’s you got a handful of candies. It looks like I was the only one who’d got encouraged ‘cause there’d never been any candies at home nor money to buy some. That explains how I had started to make progress. Never could have imagined getting a C, and never got one so far, an 11th grader now’.

Nastya has got A’s in Russian, Maths, Social Studies, Geography and History. She’s been with the Chance for three years now. An apt student, she can do a lot ahead of schedule, that’s why she has classes every day. Her tutors are happy to have her as their student, whenever they mention her, she gets all the admiring looks and smiles. ‘She’s so eager to learn something new, her yes light up when she’s given a chance’.

Nastya had planned to become a doctor until a family model was introduced in her orphanage: mini-groups of different age children, very young ones together with teens. That’s when Nastya started to teach young kids, help them with homework, conduct developing classes, share new things.

‘They’re so smart, awesome and amazing, I just can’t but devote all my free time to teach them something useful, something that helped me to get through’.

Nastya will go to university to become an elementary school teacher, and she never doubts her calling. As for her birth family, her mother has died, her father has got a family of his own, Nastya comes to see him sometimes, she visits her grandma too and helps her with cooking.

‘There’s no negative feeling, anger or resentment inside of me, that’s my life, I’ve dealt with it, now I’ve got to move forward’. Nastya has a dream to win the Teacher of the Year. The Chance team will support her throughout the State Exam, after her admission to university, and after she turns 18.

‘When I was in the 6th grade, I was sent to hospital, I felt so lonely and abandoned there, nobody to talk with, – and I invented an imaginary friend, I called him Roma. So I still keep talking with him from time to time. Not yet found a best friend, not yet’.

This year’s crucial for Nastya, she’ll become a university student soon, and needs our financial support for private tutoring. You’re helping a kid who truly deserves it, and she isn’t going to disappoint you. 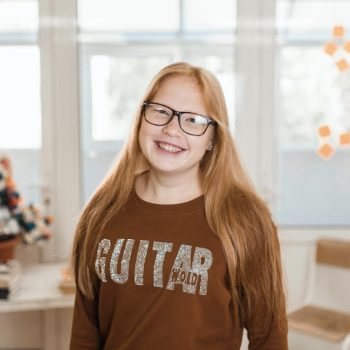 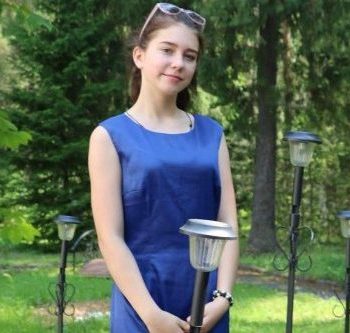 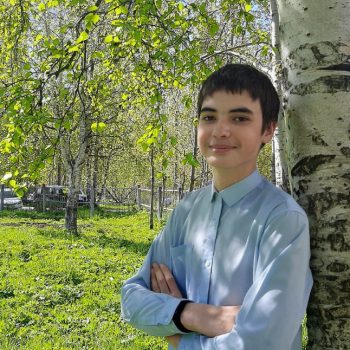