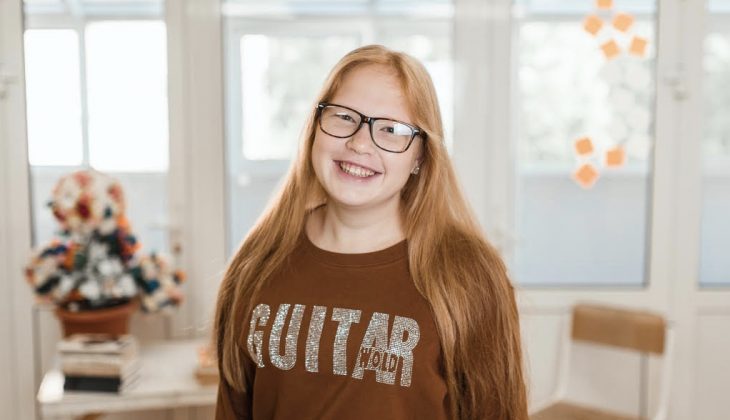 Nastya is an absolutely awesome kid! Exactly the daughter any parent could be dreaming to have : helpful, considerate, honest and kind, and a straight A’s student into addition. A long-waited child, she was born into a loving family that was well ready for her birth. Until one day everything changed.

Of course, there had always been some problems. The father was in the habit of having some two or three drinks daily, but he’d never abused alcohol. He had a job, he’d never hurt anyone. By that time, the family had a son, a 12-year old Slavik, a nice obedient kid. When the mother got pregnant again, she gave her husband an ultimatum : either you stop drinking or I quit. He’d obeyed, soon after had himself ‘coded’ and seemed not to be thinking of alcohol again.

Slava joined the Navy, Nastya was 9, a 2nd grader, the parents worked. Their quiet and ordinary life changed in one day. Someone had offered their Dad a drink, and he could’t resist the temptation. Since then he’d never stopped. Family rows went one after another while Mom appealed to his conscience, all to no avail.

‘When sorrows come, they come not single spies, but in battalions’ – the family’ relatives had fraudulently sold the family’s house. A strong woman as she was, Nastya’s mom had decided to rent an apartment and leave her husband. She couldn’t see Nastya’s tears and do nothing. She had a friend who was in charge of the local children’s shelter, so she asked the woman to take Nastya for a couple of weeks while she was searching for a flat to rent. Little did she know about what was coming her way soon, and that she was not going to see Nastya for the whole 6 years.

Her husband had found Tatyana in her hideaway at her relatives’ place. A family altercation, a fight, one bad fall, her husband hits his head on the floor and dies on the spot.

‘Mom’s under arrest, she’ll go to trial’, the words of a relative I’m hearing and I can’t get them. For some time I couldn’t get in touch with Mom, nobody would clear things up for me nor would offer psychological support. I was still hoping it was going to be over soon, and I’d be back home. A month later I turned 10, and I was supposed to be involved in the trial as I was told by Mom’s friends.

Slavik was at sea then, and he was only available in some 3 months. I can hardly remember the trial, they wouldn’t allow me to get closer to Mom, they just asked me whether Dad had been aggressive, or had beaten us, or had threatened us. I answered the questions as truthfully as I could.’

Tatyana got 6 years in prison for manslaughter. Nastya, a homegirl and straight A’s student, was sent to an orphanage. Mom was doing time in the Vologda region, no phone calls there, just letters. There were no grandparents, uncles or aunts, the brother had to serve another year.

‘At the orphanage, I would hide from them all the time, in a closet, in the restroom, i just hated to show up or see anyone. They would find me and tell me off for disobeying, repeating ‘why worry, your brother’s gonna take you home soon’. Anyway, even though I had missed a lot of classes, I managed to do well at school, thanks to Mom’s efforts to educate me more at home. I never got any C’s.’

Meanwhile, Nastya had kept in touch with Mom who supported her daughter as she could. Nastya was preparing for OGE exam with the help of the Chance program tutors. ‘I always knew I’m brainy, so how could I have failed to take advantage of this opportunity given to me by the Chance?’

One of the best students on the Chance program, Nastya was selected for Campus, our summer program for high-achievers that helps them to find out what their special talents are.

‘I was in the summer camp when my phone rang. It was Mom. She said she’d been released, that we’d meet in Syktyvkar when I came there. It was a meeting I’d been looking forward to and scared of at the same time. She’d changed, I’d changed, what on earth could we talk about? Once, at the children’s home, someone came in and said, ‘Your mom has come’. In the room down the corridor I saw an emaciated and grey-haired woman, unrecognisable. Someone completely different from the Mom I used to know.

It was only when she started to speak I could distinguish some familiar notes. Yet, no matter how hard it was, we managed to communicate. Nastya’s mother has not been denied parental rights and could take her home. The problem is that there’s no home, no job, and Tatyana is not the person she used to be. She needs time to adapt to her new life, improve her health, find a job. So they decided it would be better for Nastya to stay in the orphanage until she enters university.

‘At first I had planned to do advertising, but my score wasn’t high enough for this department. So I switched to the Moscow Physical Culture, Sport and Tourism University, its department of Youth Organisation Management. I turned out to be eligible, with the highest score of all, and had an offer to come to Moscow. I agreed immediately.’

Nastya came to Moscow in August 2019. She really proved herself in the first two months of studies. She’s supported by her mom, brother and Lena, her mentor, who’s been found by the ABC of Good foundation. In the student residence, she’s learning to read the metro map to get to know the city. By her 18 years, this girl has gone through a lot of trouble, and did almost the impossible helped by the people who care. 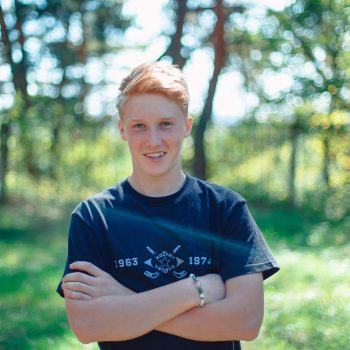 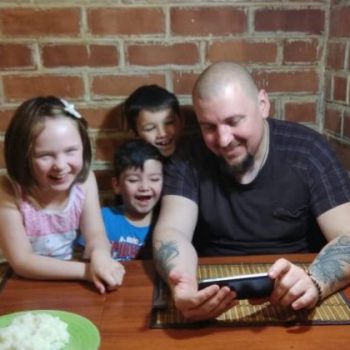 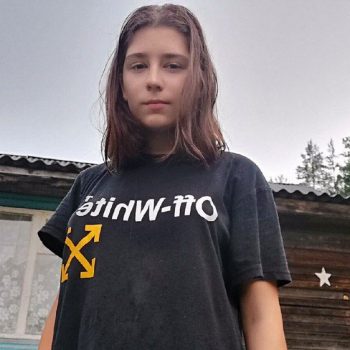